What exactly is Uncompensated OT?

Per Federal Acquisition Regulations (FAR) FAR 52.237-10, uncompensated OT is “the hours worked without additional compensation in excess of an average of 40 hrs per week by direct charge employees who are exempt from the Fair Labor Standards Act”. Think about it, salary employees get paid the same amount each week, even when they may work more than 40 hrs. Those hours over the 40 hrs may be considered uncompensated OT. The problem arises when billing the government. For a salary employee, can the contractor bill the government 48 hrs at the agreed billing rate? The contractor did not incur any cost for those extra 8 hrs. Per FAR 52.237-10, the total hours for the week also include any time off and holiday hours. Below is a quick run-down of the three methods most commonly found when researching how to handle uncompensated OT.

This method allows the contractor to initially bill the government for the full $1,200 while only paying the employee $1,000. The payroll side would record as follows:

Another suggested method found is to pro-rate the hours. Conversely, this method is NOT recommended as it directly violates FAR. For this method the employee’s hours are diluted based on the average number of hours an employee is expected to work. Essentially, the government is billed the same amount but the reported hours are changed so the billing labor rate stays the same. Therefore, using our scenario above and assuming the calculated pro-rated number of hours per week is 45 hrs, then 45 hrs would be reported on the bill even though 48 hrs were worked. To make this work the hours need to be prorated prior to billing. Plus, any changes in the employee’s average hours could create billing issues and the need for recalculating the billing rate. A huge issue with this method is the government considers timekeeping a high risk item. Adjusting hours billed is fudging records, a huge violation of FAR.

While being paid up front for expenses not incurred is nice, but there is the issue of liability that needs addressing. There are two options for dealing with the Accrued OT. The $200 can be paid to the employee later on or the $200 can be credited back to the labor expense essentially giving the money back to the government. No matter how the Accrued OT is handled, this method requires a thorough understanding of how it affects indirect rates as it makes monitoring Indirect Rates trickier. Another issue with this method is, at what point can the government claim the contractor is billing for costs not incurred? Even though the indirect rates account for Accrued OT, there is no time frame guidance for how long the Accrued OT can be carried. Not to mention, what happens if there is an honest error that causes red flags or puts the contractor at risk of losing a contract?

So far, the methods discussed have had significant red flag issues when it comes to following FAR. At this point it seems like it would just be easier to make everyone hourly and skip the whole mess. Thankfully this is not necessary if using the Effective Rate method. With this method, the pay rate itself dilutes while the hours stay the same. For the scenario above, the employee’s hourly labor rate would be recorded as $20.83 per hour and $1,000 would be recorded as a debit to labor expense. The billing rate for the employee adjusts in the same manor with 48 hrs being billed to the government. Hours worked, hours paid, and hours billed will all be 48 hrs which avoids suspicions fudging hours. Plus, the labor cost recorded would match what was paid to the employee; avoiding the appearance of billing for costs not incurred.

Whichever is the chosen method, FAR 52.230-3 requires consistency in reporting. This means policies for all employees and labor types must be the same across the board. As mentioned earlier, FAR 52.237-10 includes PTO, Holiday, and other types of leave. Officers, members, shareholders, and management must be careful to record all hours worked along with time off to be consistent with employee time recording policies. 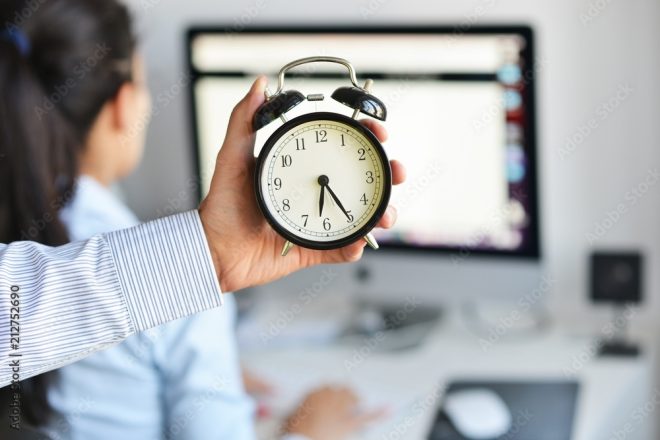